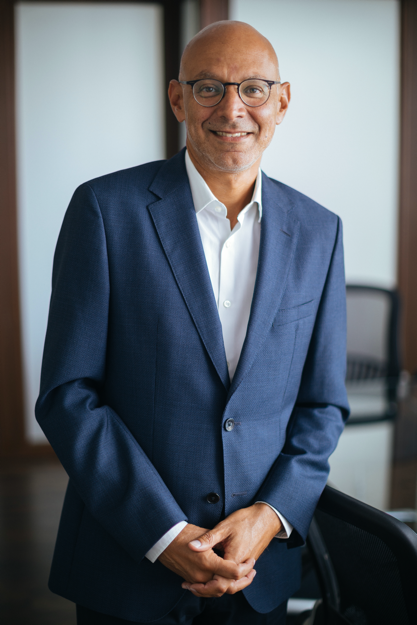 With 30 years’ experience in leading and investing in growth companies, Emad’s singular vision of supporting entrepreneurs as they work to grow their businesses is the driving force behind Ezdehar’s success.  Emad is a member of the firm’s investment and portfolio committees, and is involved with the firm’s investments in AluNile, Global Corp, Dsquares, Rich Foods, Family Group, and Al Tayseer HealthCare Group.

Emad also serves as Chairman of AluNile, Global Corp, and Rich Food, working closely with senior management and providing them with operating insights and development coaching that would help them transform their companies.

Prior to founding Ezdehar, Emad was a Co-Founder and Partner of 8 Miles LLP, an Africa-focused private equity firm which raised approximately USD 200 million and executed investments across Egypt, Uganda and Ethiopia.

Previously, he spent 10 years with the Orascom Telecom Group as CEO of Wind Hellas, where he led one of the largest debt restructurings in Europe in 2009, and as Chairman and CEO of OrasInvest Holding, where he led the growth of the company across 8 countries in North Africa and Asia and later exited the business to a PE consortium in the largest MENA LBO at the time. He was also the co-founder and CFO of Djezzy Algeria, and a Director at Mobinil (currently Orange, Egypt’s first mobile network operator).

Emad started his career as a civil engineer in New York where he spent six years with Parsons Brinckerhoff and Imbsen & Associates.

Emad holds an MBA from INSEAD, a PhD in Engineering Mechanics from Columbia University, and a BSc in Civil Engineering from Cairo University.